A few weeks ago, I was enjoying a weekend sail on Lake Michigan.

Waves of about seven feet tall crashed against the boat while the winds blew furiously and pulled us around.

I enjoy these rare conditions. While treacherous, I’m an experienced sailing instructor and licensed Coast Guard Captain who loves a fresh challenge.

My crew didn’t feel the same way – and I could tell.

Although I considered it an exhilarating experience, my crew felt unprepared, inexperienced, and concerned.

Instead of ignoring the crew’s fears and telling them to suck it up, I decided it was time to head back to harbor.

We had only been on the water for about two hours but as the captain, it was my job to mitigate the crew’s fears and ensure they feel safe.

A crew that feels unsafe and fearful puts everyone on board at risk.

That’s the true job of every leader – whether on a ship or at a Fortune 500 organization.

Leadership development must prioritize stewardship. A steward leader knows it’s his job to create a psychologically safe environment for everyone on the team. Only then is the team prepared to weather the rocky waters and come out the other side stronger than ever before.

Today’s leaders rarely consider themselves responsible for the mental and emotional well-being of everyone on their team.

Instead, most leaders create an environment that encourages fear to grow: they highlight worker shortcomings, ignore valuable contributions, and pit team members against each other.

Many times, this fear-based leadership development isn’t even intentional. For some of us, it’s all we know.

Unfortunately, this sets an organization up to fail.

Workers grow distrusting of each other and leadership. Engagement and productivity drop. No one feels valued so no one is invested in the organization’s well-being.

It’s no surprise that employee engagement reached historically low levels recently: 54% of workers are actively disengaged. More than half of workers have no psychological connection to their company, passion, or energy. 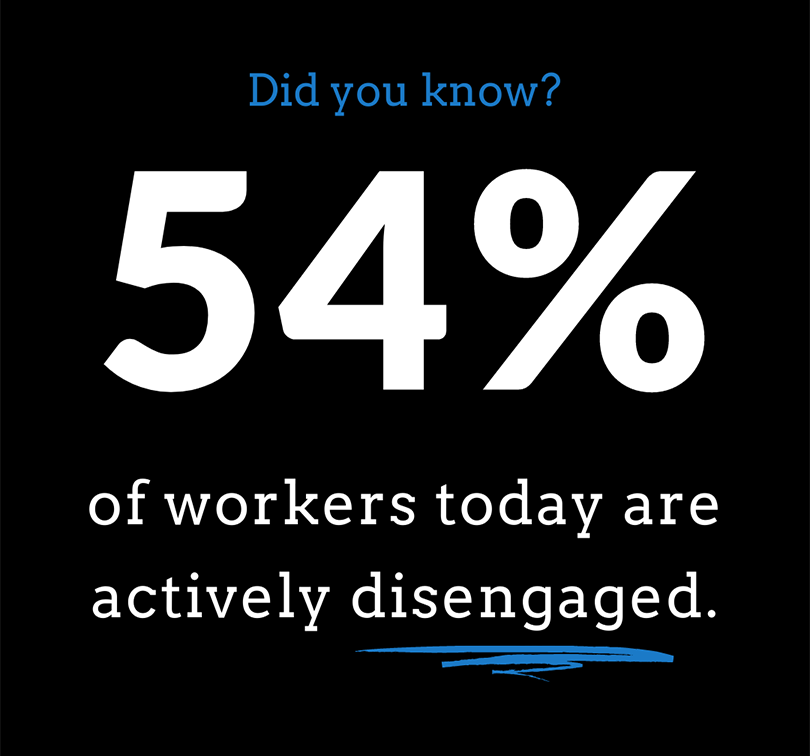 What is Steward Leadership?

A steward leader plays a caretaker role – both for the team and the organization. Steward leaders know that people function best when they feel respected, valued, and appreciated.

Steward leadership teaches us to prioritize the well-being of everyone on the team because they’ll feel empowered to care for the company.

Instead of looking at work as a means to an end, teams with steward leaders share celebrations over the company’s success and communicate to fix shortcomings.

Steward leadership development creates a healthy environment for everyone to thrive.

Every ship needs a fearless captain to care for the crew’s well-being so they can do their job without fear. With a steward leader at the helm, everyone aboard the vessel feels safe and prepared to work together in perfect harmony for the good of the team.

1. Steward Leaders are Committed to Their Team’s Well-being

A steward mentality changes how we define success and approach achieving it.

Stewards know a hungry, tired, and irritated crew can’t work together efficiently. If morale is low enough, they might not even get the boat to shore safely when the waters turn rocky.

Leaders with a steward mentality know that the success of their organization relies on the well-being of their team.

Of course, leaders must first ensure their workers’ basic needs are met (within reason): shelter, food, childcare, healthcare, etc. However, steward leaders must also prioritize their team’s emotional and mental well-being as well.

Stewards know the safety of their crew must come first.

2. Steward Leadership Sends Ripples of Strength Across the Entire Team

Steward leadership isn’t a positivity cult where we ignore flaws and force everyone to wear a happy face.

That mentality is dangerous because it means problems are bubbling below the water waiting for a chance to surface and cause widespread damage to the ship.

Steward leaders uphold core principles like honesty, open communication, and respect. All these principles are critical to building strength across the team because they make workers feel psychologically safe.

When a crew member knows he won’t be ridiculed or shouted at for addressing an issue with the boat, he’s more likely to speak up or take charge himself. If, on the other hand, he’s afraid of how his captain and crew will react, he might ignore the problem and hope no one notices – a dangerous situation.

An organization with honest communication and trust is a strong team.

When people know their voice will be respected, they’ll speak up out of respect for the organization’s best interests. Sometimes it’s easy, other times painful – but it’s always necessary for success.

Today, most corporate leaders suffer from a serious lack of object permanence.

Our innate sense of object permanence tells us that problems and conditions exist even when we can’t see or experience them at that very moment. Most leaders today, however, prefer to brush off or outright ignore problems that aren’t directly in front of their face.

In a way, this is a coping tool. If we acted on every problem no matter how small, we’d lose sight of our long-term goals and purpose.

However, this mentality also keeps leaders detached from their impact on society as a whole.

Let’s say an employee had an awful day at work at a job where they already don’t feel appreciated. Maybe they experienced a degrading performance review where someone pointed out all their flaws and ignored all the positive work they’ve achieved over the year.

Feeling down, this worker goes home and starts an argument with his wife. His wife feels upset the following day and can’t focus on her job properly.

As caretakers, stewards uplift people’s strengths instead of pointing out their weaknesses unless they become a severe problem. Society needs more of this mentality in general.

Every leader must ask themselves: Am I improving society through my leadership and guidance or am I creating more hurdles to overcome?

I’ve learned that while aboard a ship navigating the rocky waters, there’s no time for miscommunication, dishonesty, and fear. Lives would be put at risk.

I believe companies and organizations today face the same reality. Leadership development must cast stewardship in the starring role. Steward leadership is the only way to tackle today’s unparalleled challenges and not just overcome them but also grow from them together as a team.

My background in the corporate world and as a licensed Coast Guard Captain lead me to develop hands-on workshops that target the root causes of low engagement and morale. Chart the course for sustainable growth with Full Sail Leadership.